Aircraft Registered Owner Must be Canadian

The Canadian Aircraft Registry can be classified as an operator-based registry. The person or entity with legal custody and control of the aircraft must register it with Transport Canada. Section 202.35(3) of the Canadian Aviation Regulations provides that an owner has legal custody and control when they have “complete responsibility for the operation and maintenance of the aircraft.” Because it is operator-based, the registered owner on the Canadian Aircraft Registry does not necessarily hold legal title to the aircraft. As such, a foreign national may be the title holder of an aircraft, but if a Canadian third party manages and operates the aircraft, it must be registered with Transport Canada. 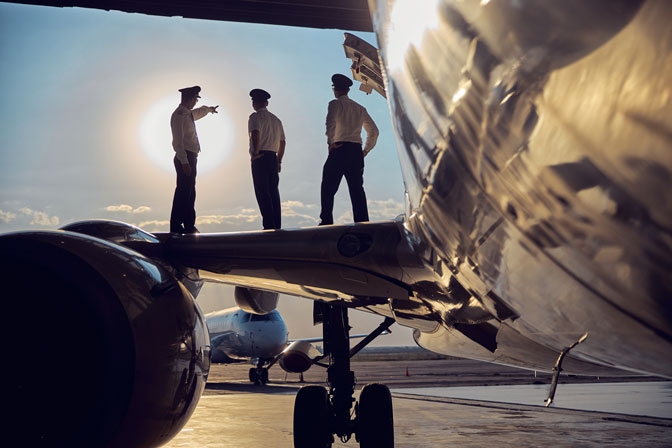 Custody and Control by a Maintenance Company

There are situations where an aircraft is within the legal custody and control of a third-party management company, and a new legal owner subsequently purchases and obtains legal title to that aircraft. In those cases, an amendment of the Transport Canada Certificate of Registration is not necessary if the person or entity with custody and control of the aircraft remains the same. There is a requirement to notify Transport Canada of this change.

This is also the case in a sale-leaseback transaction, where the title owner sells the asset to a party who immediately leases the aircraft back to the original owner. This transaction enables the legal owner of the aircraft to obtain access to capital while continuing to use the asset. In an aircraft sale leaseback arrangement, legal title to the aircraft is transferred. Nonetheless, the operator and registered owner can continue operating the aircraft pursuant to a commercial leaseback agreement.

Canada’s operator-based aircraft registry can be contrasted with owner-based aircraft registries, such as the aircraft registry maintained by the United States (U.S.) Federal Aviation Administration. In the U.S., aircraft owners are required by law to register aircraft that is not registered in any other country with the Federal Aviation Administration. To be eligible to register an aircraft with the Federal Aviation Administration, the registrant must be a U.S. citizen and the legal owner of aircraft. A corporation is eligible to register an aircraft only if it was created under the laws of the United States or any U.S. state. In addition, the president and two-thirds of the corporation’s board of directors must be U.S. citizens and at least 75% of the voting interest in the corporation must be owned and controlled by U.S. citizens.

Once registered in Canada, the Canadian Aircraft Registry database makes public all current and historical aircraft registration information. This includes the aircraft’s registration mark, common name, model name, serial number, registered owner, and date of registration. However, this registry provides no information on the legal owner of the aircraft or the existence of any liens. In Canada, the registration of security interests takes place under applicable provincial legislation. Generally, searches are conducted only in the province in which the registered owner’s corporation is formed or maintains its head office in. However, depending on the use of the aircraft, hangar location, etc., further searches may also be advisable. It is therefore essential to consult both the International Registry of Mobile Assets, as well as the security registry in the applicable province(s) to determine the status of title to the aircraft in question.