We eat, breathe and sleep everything aviation and travel related. Find out more about the firm and our team members.

We eat, breathe and sleep everything aviation and travel related. Find out more about the firm and our team members.

Founded by Bill Clark in 1999, YYZlaw (formerly Clark & Company) is a corporate and regulatory law practice with an emphasis on the aviation and travel industries.

We actively participate in a variety of industry trade associations to stay ahead of and, in fact, advise in regard to the latest developments in the aviation and travel industries.

YYZlaw is often retained by many full-service corporate law firms on specific aviation transactional or regulatory matters. We also have relationships with other practitioners specializing in aircraft and travel litigation.

One of the few Canadian lawyers devoting their total time to the commercial and regulatory legal requirements of aviation and travel companies, Bill’s practice is primarily a corporate and regulatory law practice with an emphasis on those business entities operating in those industries in Canada.

Bill also provides regulatory advice to domestic airlines as well as companies in associated aviation industries such as ground handlers, parts suppliers, engine overhaulers, flight training schools, helicopter operators and fixed-based operators. Commercial and transactional advice is also provided to aircraft lessors and lessees, as well as third party financial institutions in regard to leasing, financing and the interchange of aircraft.

Bill was called to the Ontario Bar in 1971 after graduating from the University of Western Ontario (Honours Business Administration, 1964) which he attended on a full scholarship and the University of Toronto’s Faculty of Law (1969).

Previous to creating Clark & Company (now YYZlaw) in 1999, Bill conducted his practice at Nobbs, Woods & Clark which was a successor firm to Hamilton Torrance, which originated in 1949, and which commenced the dedicated aviation practice in the mid 1950s. 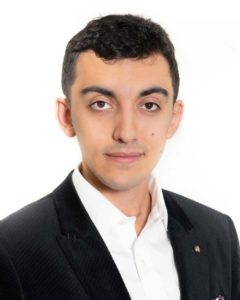 Ehsan counsels both public and private companies in the aviation industry on all types of commercial transactions and regulatory matters. He acts for Canadian aircraft and aircraft parts manufacturers in negotiating supply agreements and advises companies on their commercial and legal risks.  Ehsan is also extensively involved with business aircraft transactions, and his experience includes the negotiation of agreements pertaining to aircraft purchases and dispositions, aircraft and engine maintenance and overhaul, engine and parts purchase, lease, consignment and sale, and aircraft interiors procurement, where he has represented clients on both the buy-side and the sell-side. Ehsan also currently acts for several Canadian lessors of aircraft, acting as transactional counsel on domestic and international aircraft leasing operations.

A significant part of his practice is devoted to his clients in the commercial air travel sector and he is also involved in the licensing of over twenty new foreign air operators with Transport Canada. Ehsan also has considerable experience drafting tariff and terms and conditions for various air carriers, and negotiating contracts on behalf of his airline clients pertaining to premium passenger services, customer-loyalty programs, car rental and lodging accommodations systems and partnerships, and regional capacity outsourcing.

Ehsan is particularly passionate about entrepreneurship, volunteerism and community service. He is actively involved in Canada’s first and only aircraft escrow service provider: EscroAir and is a co-founder of Flight Club, a peer-to-peer aircraft rental platform.

Kellie-Ann Machete has over 25 years’ experience in the aviation industry. Her love of aviation started during her employment at Transport Canada and the Canadian Aviation Safety Board (now the Transportation Safety Board). She has extensive aviation transactional experience having previously held positions at major Toronto law firms and, most recently, as Legal Manager at the world’s largest regional aircraft leasing company. Kellie-Ann has been involved in both Canadian and International transactions, including purchase/sale agreements, leases, sale and leasebacks, novations, financings and redeliveries.    Her ability to manage transactions in multiple jurisdictions – dealing with international clients, their external counsel and instructing and coordinating with local jurisdiction counsel has broadened her knowledge.  She was also responsible for the aviation regulatory side of an aviation law practice.

Kellie-Ann has a Law Clerk certificate from the Institute of Law Clerks of Ontario and has attended many aviation conferences and International Registry seminars over the years.  Kellie-Ann has knowledge of Transport Canada Civil Aviation and the Federal Aviation Administration, the various Canadian and U.S. aviation regulations, the Aviation Working Group and AWG Legal Panel policies and procedures, the Cape Town Convention/Aircraft Protocol and the International Registry and applicable procedures and regulations, and the PPSA, RPMRR/Quebec Civil Code and UCC and applicable procedures and regulations.  Experience with aircraft enforcement procedures and bankruptcy laws in both Canada and the U.S.

Kellie-Ann has been involved with Women in Aviation, Women in Aerospace and the Canadian Warplane Heritage Museum in Hamilton. Kellie-Ann’s hobbies, outside of aviation, are baseball, travelling and spending time with her family.

Joanne Rodriguez has been involved in the aviation industry for the last 28 years, working primarily as a legal assistant at an aviation and travel law boutique located in Toronto. She is the graduate of Seneca College’s Legal Assistant program. She has assisted with numerous aircraft transactions during her career and has regularly liaised with the Canadian Transportation Agency regarding air carrier licensing and insurance matters. Outside of work Joanne enjoys spending time with her two beautiful children, and plays an active role organizing various community sporting leagues.